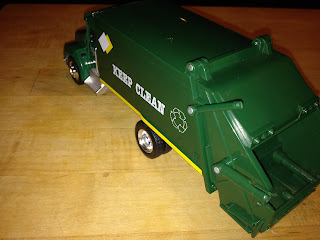 Both of my boys have been in preschool programs prior to public school, so I've now faced this scenario for the fourth or fifth time. Vendors such as Teddy Bear Portraits and Lifetouch provide appealing kick-backs to the schools (which they, of course, desperately need) in order to try to sucker parents into spending exhorbitant amounts on picture packages. This isn't about highway robbery or finding creative ways to finance education. It's a wasteful practice.

Case in point: My younger son had his picture taken yesterday at a local daycare. Today, I get a paper saying that on December 15, for three hours in the afternoon, I have the opportunity to view my child's finished portraits at the center. It's called "Picture Selection Day." They promise "Package Options for every budget!" And there are promotions and bonuses good only on that day.

On that hallowed day, the vendor presents you with one or more poses of your child produced in every possible size, format and finish. And a free t-shirt with your child's photo on it. (WHY would he wear that? So weird.) Now, what if you don't buy "Package 1" with a "Masterpiece Creation" (an extra $72 to $144, even with the 40% one-day-only discount)? Or even "Package 13," which is all you can afford?

THEY THROW AWAY ALL THE PRINTS/ITEMS YOU DON'T BUY. Just trash them. Just like that. Do the math on that. Let's conservatively say they discard, on average, 6 sheets/items per child out of 10. I'm betting it's more, but let's go with this. In our little daycare, we have about 30 kids. That's 180 sheets. They do these twice a year. That's 360 sheets. And, according to public record, the six counties near us in PA (out of 67 in the whole state) have 185 similar type centers. Let's say about half offer school photos. That's 92 times 360, or 34,560 sheets discarded. Times 11 to account for all the counties in PA, for a grand statewide estimate of 380,160 sheets of photos carelessly tossed in the trash.

It's not just a waste. It's bad business. I don't know if you've ever bought photo paper, but it's expensive. Especially with the fancy finishes. This is why the packages are so ridiculously overpriced. Maybe if you could (gasp) go online to view the photos, place your order and pick up just what you want, it could be a third of the price...in which case, you might happily buy more.

Don't get me wrong; I love having pictures of my kids, especially nice cheesey ones from school. I just don't think it's smart or ethical to intentionally print out untold volumes of prints that are destined for the landfill, full of ink and chemicals masquerading as innocent smiling children.

Who is with me on this one?